Kozhikode: A city of compassion : Times of India 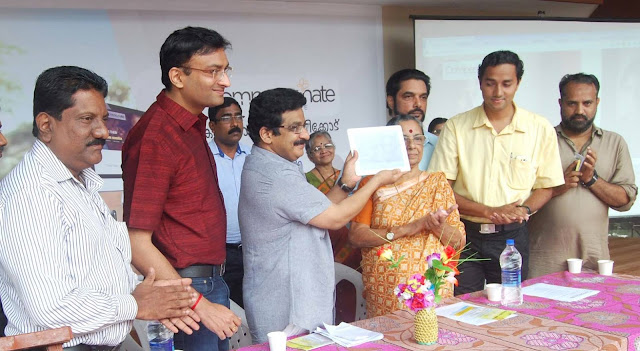 KOZHIKODE: The fabled City of Truth, which once whole-heartedly received the Arabs, the Portuguese, the Dutch and the British, is all set to become the City of Compassion. A project has taken shape under the stewardship of district collector N Prasanth that embodies the true spirit of the people of Kozhikode, who are well-known for their kind-heartedness.  Compassionate Kozhikode is a project evolved by the district administration to help institutions like mental health centre, children's home, old age homes and palliative care centres.

"The idea originated from the realisation that there are people in Kozhikode who are willing to give and there are many who really need help. We acted only as a facilitator. It is the culmination of several brainstorming sessions by a group of dedicated persons," said the collector.  Those who wish to donate can visit the website compassionatekozhikode.in and select the institutions they will to associate with. The website will provide the details of the requirements of each institutions. The donor can select from the list and post his readiness in the space provided in the website.

"We will not take money and therefore there are no bank accounts. Those who wish to donate articles such as coat, wheel-chair, vehicles or refrigerator can directly provide them to the institutions concerned," said Prasanth.  As this is an expression of compassion there is no scope for publicity. "We need to protect the dignity of the receiver. Charity should be discrete, so we strictly discourage the usual practice of photographing the donor with the receiver," the Collector said.

Those who are willing can either donate articles or offer his or her service as a by-stander, yoga trainer, music therapist, vocational trainer or occupational therapist.  City Mayor A K Premajam said the project reflects the true nature of the people of Kozhikode, who are known for their hospitality.
"Kozhikode was once known as the city of truth and people here have preserved their goodness of heart," she said.

Compassionate Kozhikode encompass all the similar projects launched in the past six months. Operation Sulaimani that aims to provide free food for those who stranded in the city without money has already become a hit. District Collector's Internship Programme (DCIP) gives field training to the youngsters on the implementation of various government schemes. Students from various places on the country have already undergone training under non-paid internship programme.