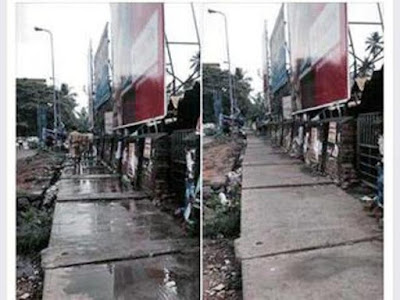 District Collector N. Prasanth has requested netizens of the city to post on his official Facebook page pictures of those who urinate in public places so that action can be taken against them. In a satiric photo contest named ‘Trimoothri,’ the Collector promises prizes for those who capture the ‘best’ three photographs.


Mr. Prasanth’s move was prompted by long hours of toil local people had to put in, with the help of the Fire and Rescue Services, to clean the soiled mofussil bus stand premises in the city.
As part of conducting open discussions and getting people’s feedback on the civic issue, the Collector has posted his views and comments on the page, urging citizens to express their opinions. He says that open urination is unacceptable in a civilised society and criticises men particularly since they are the ‘culprits’ mostly.

The Collector has given prompt replies to those justifying the practice citing absence of comfort stations in public places. “Wonder how one can support the practice,” he says. Already, 43 persons have shared the Facebook post, which now has over 600 ‘likes.’ However, some strongly criticise the post, stating that people opt for open urination because they are forced to.

Original article in The Hindu here:
Posted by GP at 11:32 AM